He is huge, lumbering and monstrous, but that is not what is most terrifying about Dis-Ogre. The fact that he thinks he has an effective organization system, no matter the reality of the situation, is what can stop anybody dead in their business tracks. He can make us late, unprepared or worse... makes us look unprofessional to our customers. He is as bad at business as anybody because his flaws don’t allow him to even know just how bad he is.

Timetable, the ultra-organized hero, is the BPL’s best hope at stopping his reign of mess in the short term. But the fact is, not until Coach teaches and he practices the discipline needed, will Dis-Ogre get organized to conduct business professionally.

Dis-Ogre hates Timetable to be sure, but he is terrified of Coach. Coach sees something in Dis-Ogre that he doesn't see in the rest of the M.O.B.B. He sees a glimmer of hope, sparkling in those yellow/green eyes of his. Coach will not rest until he saves Dis-Ogre from his unorganized self and that is what terrifies Dis-Ogre most.

Succumbing to Time Thief’s charms makes it easier to accept Dis-Ogre’s lack of organization and discipline. So, he makes sure to stick close to her in battle with the BPL. 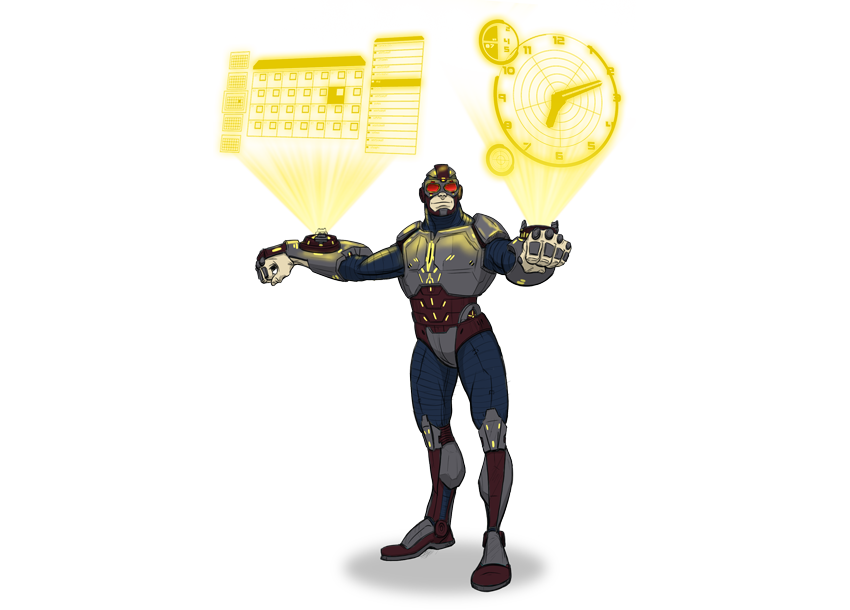